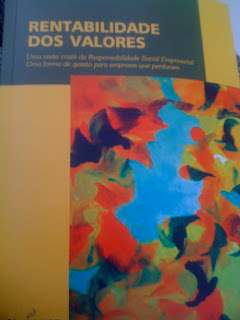 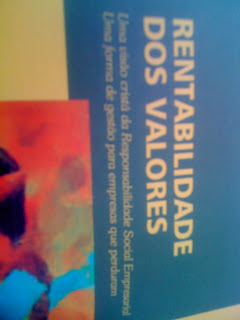 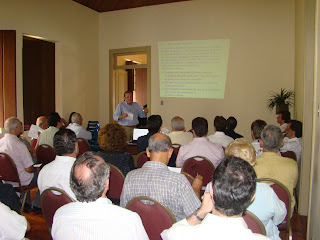 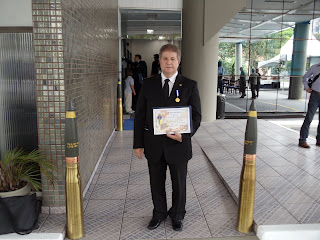 Convite do Prof. Marins aos associados da ADCE
Amigo da ADCE .
Não percam a palestra com Claudia Matarazzo, um evento beneficente em prol das atividades do FASC-Sorocaba;
A palestra da Claudia é tanto para mulheres como para homens. Ela tratará de etiqueta nos negócios e na vida pessoal e profissional;
O Prof.Marins tem feito algumas palestras junto ela e atesta a alta qualidade e valor das informações dadas durante a palestra para a vida profissional das pessoas.
Os ingressos já estão a venda na Livro&Cia do Shopping Esplanada de Sorocaba ou pelo telefone (15)3021-7441
Dia 17 de fevereiro de 2011 no Shopping M – Avenida Antonio Carlos Comitre, 295, Campolim, Sorocaba.
Não perca! Convide seus amigos diz o prof. Marins no e-mail enviado a diretoria da ADCE Sorocaba.
Artigo no The Economist do Papa Bento XVI sobre a Responsabilidade Social da Empresa e a Encíclica “Caritas in veritate” .
Colaboração enviada pelo Prof. Marins, diretor da ADCE Sorocaba.
Of Benedict and business
What the pope’s words imply for corporate social responsibility
IN TOUGH times, many people look to religious authorities for help and guidance; and religious authorities, in turn, rarely miss an opportunity to comment on current events. Pope Benedict XVI released his third encyclical, Caritas in Veritate (Charity in Truth), in July 2009; it was supposed to come out earlier, but the Vatican wanted to be able to respond to the developing economic crisis. Now, business and law academics have had time to mull over Benedict’s words and decide what they imply for corporate governance.
Antonio Argandoña, a professor of economics at IESE, a Spanish business school (and an institution of Opus Dei), uses Benedict’s treatise to help further define corporate social responsibility (CSR) in a working paper. Part of the muddle of CSR, he suggests, is the many different approaches its advocates take: ethical (it’s the right thing for companies and their directors to do); social (the company as conscientious “citizen”); strategic (CSR contributing to value creation); and instrumental (CSR as a way to get desired results). In Mr Argandoña’s view, the papal perception of CSR is firmly ethical, outside of short-term results or social expectations. Moreover, it is best determined and enforced not by outside observers and activist groups but by the employees and directors themselves. Similarly, CSR must be “voluntary,” rather than a response to increasing regulation.
John Breen, a professor at Loyola University School of Law at Chicago, notes this encyclical is part of a long tradition of papal criticism of industrialisation, going back to Pope Leo in 1891. But, writing in the Harvard Journal of Law and Public Policy (PDF), he says Benedict’s critique of business is farther reaching. Even the idea that businesses exist to make money is flawed, in the eyes of the pontiff; a concentration on profit, rather than serving society (with profit as the happy benefit), leads to distorted risk-taking. Moreover, the very form of the corporation leads to an abdication of responsibility. Answering only to investors, managers fail to appreciate the larger moral implications of their answers. Benedict apparently falls squarely behind those who speak of a corporation having to answer to “stakeholders,” rather than just shareholders.
Two other papers concentrate on specific implications of Benedict’s prescriptions. One section of Caritas in Veritate has Benedict considering globalisation and the challenges to traditional political power: “The articulation of political authority at the local, national, and international levels is one of the best ways of giving direction to the process of economic globalisation.” From this Elizabeth Schlitz, at the University of St. Thomas School of Law in Minnesota, somewhat awkwardly speculates (in the Journal of Law and Religion) on how the pontiff might disapprove of federal efforts, in both the United States and the European Union, to harmonise credit regulation across state (or member) borders—and in the process water down regulation. Benedict does sound grumpy about globalisation, which he complains “makes us neighbours but does not make us brothers,” and praises microfinance. But it is not clear that he would prefer layering of further state-based control of credit on top of existing federal regulations, as Ms Schlitz proposes, to stricter enforcement by sterner regulators.
A fourth paper by three economists at the University of Parma, Paolo Andrei, Federica Balluchi and Katia Furlotti, focuses on Benedict’s call for the “logic of gift” to be enshrined in the economy alongside the “logic of exchange”—a knotty idea, unless you simplify it to the inclusion of non-profit organisations. By forming strong relationships with non-profits, the authors argue, for-profit firms can become “active citizens” contributing to the development of the more balanced and humane economy envisioned in Caritas in Veritate. The three authors have an example near home: the ParmaDona project, a three-year-old initiative linking for-profit firms to charitable ventures in need of aid and expertise.
Finally, André Habisch and Cristian Loza Adaui of Ingolstadt Business School, in a paper for the Journal of Management Development, attempt to “integrate charity” into management theory. They call for changes in management education: away from “reductionism” and an exclusive focus on profit-making, towards more charity-minded students. Like the Parma authors, they use Benedict’s encyclical to discuss how for-profit firms can learn from their non-profit peers.
This last piece also explicitly addresses the faith of individual managers: “The Christian entrepreneur… makes decisions remembering that his inner value as a person is not dependent on the result of his endeavours… Rather, he knows that it is the unconditional love of God that holds him in his existence”. Caritas in Veritate makes Benedict’s views clear: the ethical person, in business or not, is a Christian. That makes it harder to generalise his potential teachings to managers who may not be.